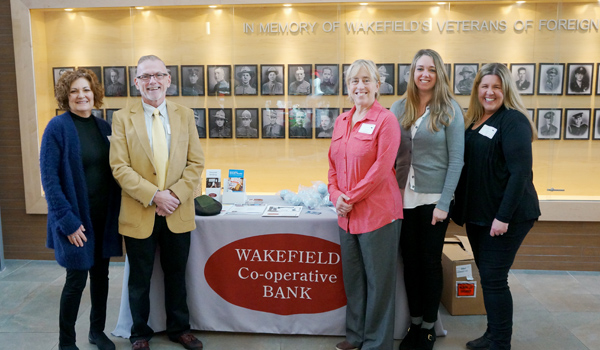 Wakefield Co-operative Bank sponsored the 5th annual Parent University at Galvin Middle School on Saturday, March 10th with a $1,000 donation. This is the fourth year in a row the bank has sponsored the program, which is presented by Wakefield Public Schools, Wakefield Academy, Wakefield Parent Partnership, Wake-Up Coalition, Wakefield SEPAC, and WCAT.

Wakefield Co-operative Bank also hosted a “Raising Money Savvy Children” workshop featuring Tom Elkins, Managing Vice President and Financial Planner at Trilogy Financial in Woburn. Elkins, who began his career as an inner city math and science teacher in Colorado and has a 16 year old daughter himself, spoke about teaching children responsibility when it comes to spending and saving, and helping them view their relationship with money holistically to better understand how spending decisions impact one’s present and future financial situations.

Elkins walked attendees through a variety of exercises for instilling financial responsibility and comprehension, such as honestly sharing and engaging in conversation about your own monthly grocery, utility, home, and car expenses, as well as involving children in back-to-school and holiday gift shopping. He suggested a ‘commissions’ chart to empower children to choose their own tasks around the home to earn money, but only after basic, unpaid responsibilities are completed.

Elkins also stressed the importance of saving for the future early on, saying if parents were to invest $15,000 during a student’s middle and high school years and never touch the money again, it was quite possible the child would have $1 million at the time of their own retirement. 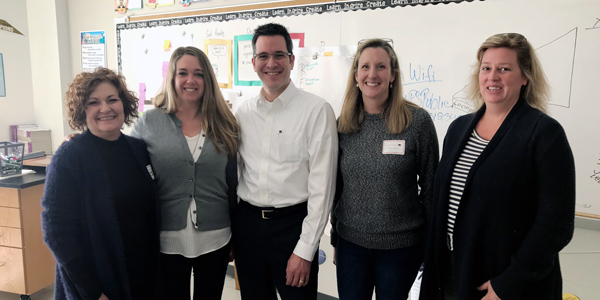