Worth Donates to Galvin Fundraiser 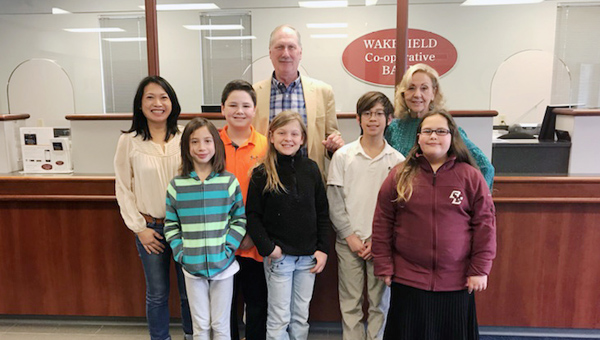 Wakefield Co-operative Bank President & CEO, Jeff Worth, personally donated $185 out of his own pocket to Galvin Middle School’s fundraiser to benefit The Leukemia & Lymphoma Society (LLS) as part of the bank’s recent Random Acts of Kindness movement.

Every February, the bank takes part in national Random Acts of Kindness Week by taking to the streets and surprising folks along the way with kind gestures. This year, the bank gave all employees $5 bills to pass out in the community, and Mr. Worth stated he would match the number of $5’s that were handed out and documented with a photo, which were then posted to the bank’s Facebook page.

Wakefield Co-operative Bank employees submitted ideas for what to do with Worth’s match, resulting in a donation to Galvin Middle School’s current ‘Student Series’ fundraiser, a Leukemia & Lymphoma campaign that works with thousands of schools across the country to raise funds for blood cancer research. To learn more about Galvin’s fundraiser, click here.