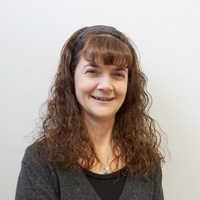 Ms. Teel has 23 years of banking experience and joined Wakefield Co-operative Bank in 2010 as Finance Supervisor. She was promoted to Assistant Vice President, Controller in 2012 before her most recent promotion to Vice President. Her prior experience includes 14 years at First National Bank of Ipswich, where she rose to the position of Assistant Controller.

“We are proud of Chrisie’s accomplishments here at Wakefield Co-operative Bank over the last eight years, all of which led her to this well-deserved promotion to Vice President,” said Tallo. “She is a detail-oriented, conscientious, team player and a wonderful asset to the bank.”

Ms. Teel attended Salem State College (now University) where she earned a degree in Business Administration with a concentration in accounting.