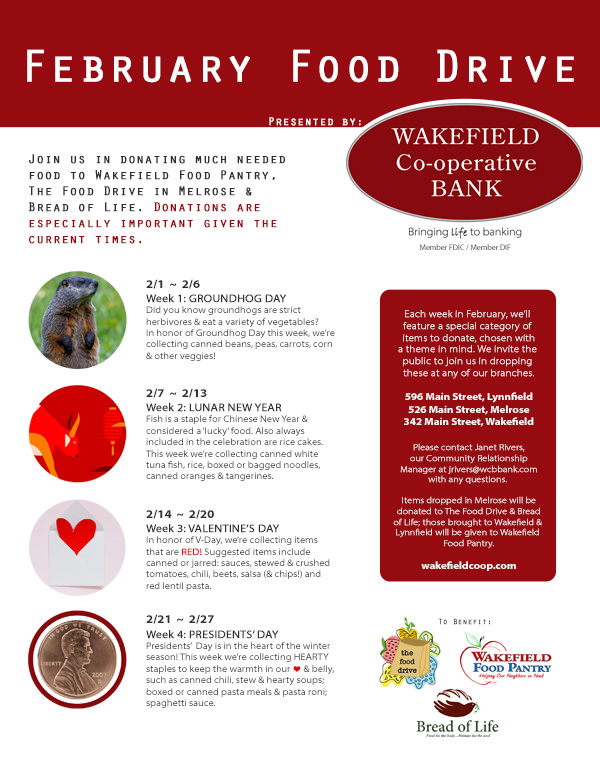 FOLLOW THE WEEKLY THEME! Each week in February, we’ll feature a special category of items to donate, chosen with a theme in mind. Drop suggested donations off at any of our branches February 1 - 27, to benefit Wakefield Food Pantry, The Food Drive in Melrose and Bread of Life. Please contact Janet Rivers to schedule curbside drop off: jrivers@wcbbank.com.